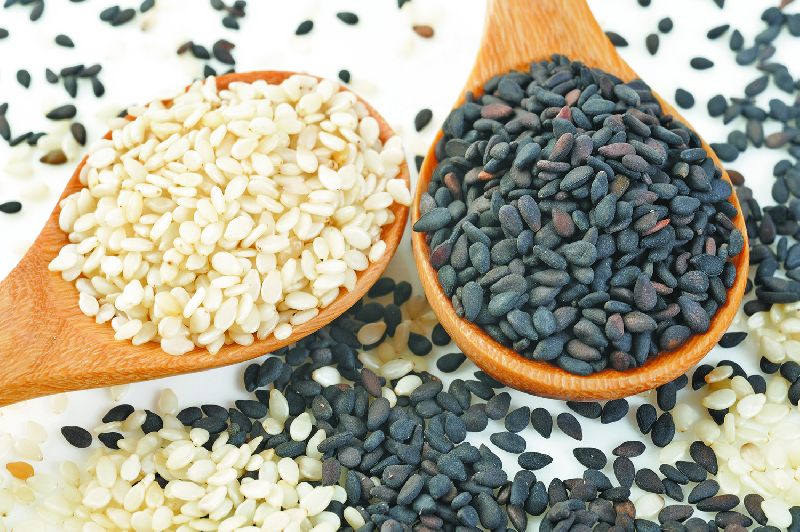 Sesame, (Sesamum indicum), also called benne, is annual plant of the family Pedaliaceae, grown since antiquity for its seeds, which are used as food and flavouring and from which a prized oil is extracted. Widely cultivated, the sesame plant is found in most of the tropical, subtropical, and southern temperate areas of the world. The aroma and taste of sesame seed are mild and nutlike. The chief constituent of the seed is its fixed oil, which usually amounts to about 44 to 60 percent. Noted for its stability, the oil resists oxidative rancidity. The seeds are also high in protein and are rich in thiamin and vitamin B6.

The plant’s ability to survive without water in very hot and dry conditions makes it a great crop for areas with desert-like conditions that would otherwise be unable to produce crops. Much of the remaining diversity of sesame’s ancient varieties occurs between India and China. The many Chinese varieties spread westward into Central Asia along the Silk Roads. And of course, black sesame seeds coat many forms of sushi in both Japan and the United States.

Japan is the world’s largest sesame importer. Sesame oil, particularly from roasted seed, is an important component of Japanese cooking and traditionally the principal use of the seed. China is the second-largest importer of sesame, mostly oil-grade. India exports lower-priced food-grade sesame seeds, particularly to Southeast Asia. Other major importers are the United States, Canada, the Netherlands, Turkey, and France.