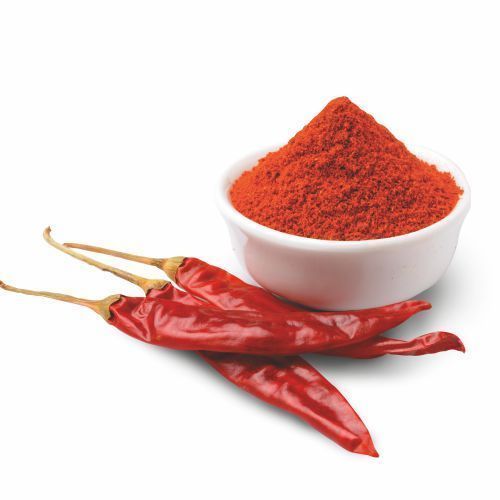 Chili is the dried ripe fruit of the genus Capsicum. Capsicum annum is an annual sub –shrub, the flowers of which are borne singly and fruits usually pendent, which provide red peppers, cayenne, paprika and chilies and sweet pepper (bell pepper) a mild form with large inflated fruits.

The origin of chilies is believed to be as old as 7000 B.C. used in Mexico. Chilies were grown and cultivated from 3500 BC. Mexicans used it to spice up their food. Chili was brought to the rest of the world by Christopher Columbus who discovered America in 1493. In 1498, the Portuguese explorer Vasco-da-Gama reached Indian shores bringing with him the pungent spice. Chili became extremely popular in India after it was first brought to India by Vasco-da-Gama.

It contributes 25% of world’s total production of chili. Some of the hottest chilies are grown in India. Sannam Chili: This is the king of the red chili variants found in India and is mainly produced in the regions of Andhra Pradesh and Madhya Pradesh.

Byadgi: Byadgi or 668 byadagi is one of the most demanding red chilies in both the Indian and international markets. As the name suggests, this chili is produced in byadagi region of Haveri district of Karnataka.

Teja S17: Produced in the fertile soils of southern India, Teja or S-17 is the most hottest and widely demanded chili in the global market.

Wrinkle 273: Another variant of red chillies produced in Guntur region of Andhra Pradesh is 273 Wrinkle chili which is renowned globally and exported to countries like Asia, Canada, and Europe.

Indo 5 Chili: Popularly known as Indem- 5, US- 5 and Endo 5 Chili, this is one of the most famous red chilies in India that gets exported in large quantities across the globe. Andhra Pradesh, Karnataka and Maharashtra are the major producers of Indo 5 red chili in India.

Kashmir Chili: Kashmiri chili as the name suggests is produced in colder regions of Kashmir and is the most sought after red chilies in India for its color.

Jwala: This is the most popular red chili of the west. It is produced in Kheda, Mehsana and various southern parts of Gujarat.

Dhani: Popularly called the Bird’s Eye Chili because of its shape, Dhani is widely produced in Mizoram and some areas of Manipur.

Ramnad Mundu/ Gundu: This is the fat round chili produced in fertile regions of Ramnad in Tamil Nadu.